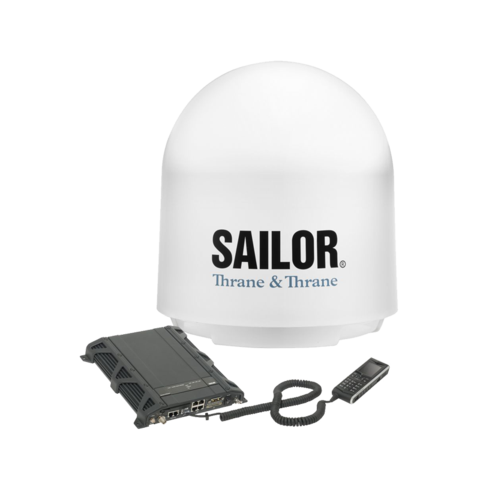 SAILOR 500 FleetBroadband offers data speeds of up to 432 kbps and a wealth of features including:

FleetBroadband is the first broadband maritime satellite communications system capable of providing an economical solution for voice and data traffic. FleetBroadband is based on BGAN technology, offering services and using the BGAN infrastructure. FleetBroadband is however designed to have a maritime use and its equipment is special to be placed on boats.
The SAILOR 500 Fleetbroadband is a Cobham equipment that incorporates the latest technology in satellite communication equipment and takes advantage of the Cobham Experience in Inmarsat systems. It constitutes a world reference and represents the state of the art in this type of systems and technologies. On the other hand, the equipment of Thrane has an industrial design realized by Bang and Olufsen, trying for a perfect union between design and technology. The SAILOR 500 Fleetbroadband allows a maximum internet access speed of 432 Kbps, both up and down

What is in box?