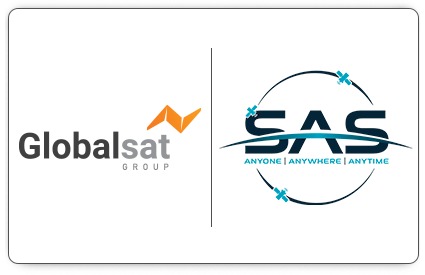 Under the terms of the agreement, SAS and GlobalSat have established non-exclusive commercial terms for GlobalSat to distribute,sell, market and promote SAS’ ground-breaking narrow-band connectivity solutions and respective products to its customers, affiliates, resellers, subscribers and end users within Latin America.

The Latin American market consists of 64 million people with limited or no access to mobile connectivity services, representing 10% of the Latin American population and symbolising strong growth potential for SAS in this region. Once the constellation deployment has begun and as a result of this agreement, SAS expects to generate revenues of US$5 million within the first 2 years based on the conservative GlobalSat Group estimate, with a significant growth potential, thanks to the extensive amount of current and upcoming GlobalSat clients across the energy, government, defence, mining and agriculture sectors.

Sales will commence immediately following the launch of the first batch of Pearls and the successful completion of in-orbit testing and designation as fully operational.

The signing of this agreement follows completion of commercial testing with GlobalSat Group and confirms the commercial potential of SAS’ proprietary nano-satellite technology and the business model.

Additional material terms of the agreement are set out below:

About Sky and Space Global Ltd